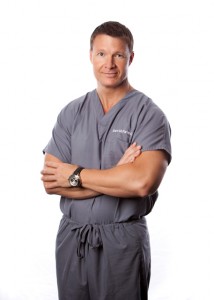 Also known as a Popliteal cyst or “Bulge-knee”, a Baker’s Cyst is caused by an abnormal collection of the synovial fluid that normally lubricates the knee joint.  The cyst is formed because of an increase in the amount of synovial fluid, resulting in increased pressure in the joint.  After time, this excess of fluid will bulge toward the back of the knee, forming a cyst.

Often, a Baker’s Cyst occurs because of another injury or disease process that is occurring in the knee, which causes the increase in synovial fluid.  Some of the most common causes are Osteoarthritis, Rheumatoid Arthritis and Meniscal Tears, but they can be seen with other conditions.

A person may have a Baker’s Cyst and never report any symptoms.  More often, stiffness and swelling in the back of the knee are reported, causing discomfort and a decrease in activity.  It may be possible to feel the cyst underneath the skin.  Occasionally, a Baker’s Cyst may rupture, which will result in swelling, bruising and pain behind the knee and calf.  Most people find that having a Baker’s Cyst is an annoyance, but not something which needs medical attention.

If the Baker’s Cyst is causing concern, it is always a good idea to have a medical examination to rule out more serious conditions.  I will look for a balloon-like sac in the back of your knee.  A major consideration for me will be to differentiate a Baker’s Cyst from a DVT (deep venous thrombosis) or blood clot.  Blood clots can be life-threatening and require urgent medical attention.

X-rays of the knee will be performed to look for conditions such as arthritis and to rule out other issues. An MRI is sometimes performed to confirm meniscal tears or other soft tissue injury.  Usually, the patient will be diagnosed with a primary condition, such as arthritis, that is causing the secondary Baker’s Cyst. I will probably treat the primary condition and the Baker’s Cyst will improve concurrently, without any other intervention.  If that fails to be the case, the cyst can be drained by needle aspiration.  The cyst is surgically removed only if very large, painful or does not resolve with any other treatment.  Cysts can recur after removal and the surgery may cause more problems than intended.

As with any other health concern, it is important to consult with a qualified Orthopaedic physician who can treat the condition appropriately.  Baker’s Cysts might be an aggravation, but they can primarily be treated with nonsurgical care.

Dr. Mark W. McFarland currently practices at the Orthopaedic & Spine Center in Newport News, VA, specializing in the treatment of spine disorders, Regenerative Medicine and total joint replacement of the knee.  Dr. McFarland was named a “Top Doc for 2015“ by Coastal Virginia Magazine.