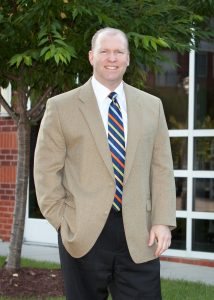 The theory used to advocate for disc replacement over fusion surgery is that motion of the cervical bones will be maintained, preventing the other discs in the neck from herniating and potentially needing surgery.  This suggests that a fusion will force the discs, above and below the fused level, to compensate for the lost motion.  Doing so may also increase the pressure in those adjacent discs, causing them degenerate more quickly.

There have been many studies which review outcomes for cervical disc replacement, two to five years after surgery.  They have shown that disc replacement and fusion surgery are comparable when it comes to the likelihood of a patient needing future cervical surgery.  However, insurance companies remain skeptical and many still would rather pay for a fusion instead of a disc replacement. Why?  The fusion surgery has the consistent result of improving pain and function at less cost.  Patient are then left with only one alternative, as insurance and patients may have different perspectives and goals.

Most patients do not want to be out of work and want to get back to their normal activities as quickly as possible.  In the short-term, patients with cervical disc replacement may find they have an advantage over fusion.  Recently, the University of Kansas published the results of a study that looked at the National Readmission Database for cervical disc replacements against cervical fusions surgeries done in 2013.  When patients are admitted again after a surgery, this is usually a significant event for the patient, their family and the surgical team, and is a data point that can be tracked easily as the patient has a new record developed for this new problem.  Overall, the readmission rate for all of the cervical surgery patients was about 3% in the first 30 days after surgery.  Most of the problems that forced patients to return to the hospital were related to their other medical issues and need for further treatments unrelated to their spine.

However, patients that had a cervical disc replacements had a shorter time in the hospital after the initial surgery, fewer complications and were less likely to be readmitted to the hospital.  Some of this is related to patient selection, in that patients with fewer medical problems would be more likely to be selected for a disc replacement and those with more significant medical problems would be selected for the more tried and true method of fusion.

However, this does raise some interesting questions that younger, healthier, working patients may wish to consider; cervical disc replacement seems to offer them a faster-track treatment option for returning to activity and life sooner than a fusion.  When patients learn of all the surgical treatment options available and that one may help them to recover more quickly than others, they may demand that their insurer offer more options.