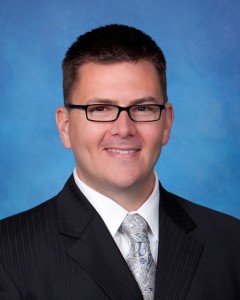 Most people have heard of Gout, which is a form of arthritis that is caused when too much uric acid in the blood results in crystals forming in the joints, most commonly in the big toe. But did you know that there is a disease that is caused by another type of crystalline deposit that mimics gout? Calcium Pyrophosphate crystals are the same abrasive ingredient seen in many toothpastes, but under specific circumstances, these crystals can occur in the human body, and morph into Calcium Pyrophosphate Dihydrate (CPPD), which can deposit in the joints of the body, causing severe pain and loss of function. In this article, I will discuss CPPD, its symptoms and treatments.

Sometimes referred to a pseudogout, chondrocalcinosis or pyrophosphate arthropathy, CPPD has symptoms that are similar to gout or other forms of inflammatory arthritis – pain, stiffness, swelling and occasionally, heat and/or redness around the joint(s). A low grade fever may also accompany the other symptoms. This non-contagious condition is chronic, and may flare only occasionally or quite often, interspersed with relatively symptom-free periods. Usually seen in individuals over the age of 60, CPPD affects both sexes equally. It can been seen in younger folks if they have a family history of CPPD, have an injured joint, had surgery on a joint or if they have another condition that increases the chances of development of CPPD.

It is not understood why CPPD crystals form in the body, but it is believed that cartilage cells may become abnormal, either spontaneously or after a disease damages them. The crystals will form in the cartilage first and then be released into the synovial membrane and fluid of the joint. The body may not respond painfully unless the crystals are released into the fluid of the joint. As the crystals move into the joint space, the body sees them as invaders and releases white blood cells to attack them. This results in the inflammatory response that is so common with this disorder.

The most commonly affected joint is the knee, with the wrist being second. However, this disorder can impact pretty much any joint or multiple joints of the body. The pain usually develops gradually, but attacks can last for days or weeks. Pain can be intensified with movement.

Treatment goals for CPPD are the same as for any type of inflammatory arthritis – to reduce inflammation, to reduce damage to the joint(s) and to maintain range-of-motion and function of the joint. There are no know medications or treatments that can dissolve these crystals.

Treatment usually involves anti-inflammatory medications – both oral and those injected into the joint, physical therapy, rest of the affected joint(s), behavior modifications, application of hot or cold packs and range of motion exercises. Fluid may need to be drained out of the joint, called aspiration. This removal of fluid will also remove many of the crystals in the joint and may allow medications to work more effective. Aspiration is often done in conjunction with steroid injections.

Only rarely will someone with CPPD need surgery. If pain is severe and not relieved by conservative methods, then surgery may be necessary. Minimally-invasive arthroscopy (insertion of small instruments and a camera through tubes into the joint) will allow the orthopaedic physician to remove crystals and fragments of torn cartilage and to perform cartilage repair, if necessary. In cases where the joint has seen extensive damage, a joint replacement may be necessary; however, this surgery is usually only performed on the larger joints of the body, such as on the knees and shoulders.

For long range relief, patients will need to strengthen their muscles and ensure joint stability during periods when their symptoms are not severe. Biking, walking and water exercise are especially helpful. During flare-ups, sometimes splints can be useful in stabilizing the joints and lessening pain. Rest is also important during flares. Listening to your body and giving yourself the okay to take it easy occasionally will help you to work through flares more quickly. It is also important to take your medication as directed by your physician to prevent joint damage.

Those patients with too much iron in the blood, hypo or hyperthyroidism, or those with low magnesium levels are most commonly affected by CPPD and these conditions should be tested for and in/ruled out as a first course of treatment. Sometimes, just treating one of these problems will provide relief.

Thankfully, CPPD is not commonly seen and is less often observed than gout. In partnership with their Orthopaedist, patients can find a treatment regimen that works to relieve their pain and to help them live actively.

John D. Burrow, DO is a Fellowship-trained Joint Reconstruction Specialist with Orthopaedic & Spine Center in Newport News, VA. For more information on Dr. Burrow or OSC, please call 757-596-1900 or go to www.osc-ortho.com.