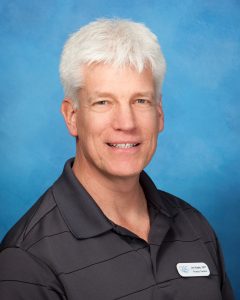 Cupping Therapy has been used by health practitioners since ancient times.  The Greeks, Egyptians and Chinese all practiced forms of cupping 3000 years ago.  It was believed that cupping could suck ill “humors” or spirits from the body and was practiced alongside blood-letting and the use of leeches in the medieval period and in Colonial America.  Although its use in America greatly declined in modern times, it has seen a recent resurgence as famous athletes, such as swimmer Michael Phelps and Dallas Cowboy’s Pass Rusher, DeMarcus Ware, have used it to treat musculoskeletal conditions.

Cupping Therapy is a modality used in many Physical Therapy clinics for treating painful musculoskeletal issues.  The quoted benefits to Dry Cupping are pain and inflammation reduction, a sedation of the nervous system, an increase of circulation to the treated area, a softening of adhesions and stiff connective tissue, drainage of toxins and waste from the lymphatic system and the ability to impact deeper, more hard-to-reach muscles and other soft tissues.

However, its use is controversial, with many detractors arguing that it is voodoo medicine, or at best, works due to the placebo effect.  While more scientific research is needed to quantify the positive, neutral or negative effects of cupping, it remains an effective treatment of many Physical Therapists.

Dry Cupping at the OSC Physical Therapy Clinic is done by applying plastic suction cups to skin that is either dry or to which lotion has been applied.  The lotion allows the Physical Therapist to glide the suction cup over the affected area providing a form of deep tissue massage.  The suction is achieved by putting a small, manually-operated suction pump on a valve which is attached to each suction cup.  The Physical Therapist can control the amount of suction used.  Multiple cups can be applied at one time to a painful or stiff area and are left on the skin anywhere from 5-20 minutes. Stretching exercises AKA active range of motion exercises can be utilized as well while the cups are applied.

When the cups are removed, the skin treated will have red circular areas that correspond to the diameter of the cup.   This is the residual effect of the treatment – these red areas are temporary and will subside quickly over 2 or 3 days.  Although dry cupping is considered safe, it should only be performed by a well-trained physical therapist or alternative medicine practitioner.