Ever heard of the Ilio-tibial Band?  No, it is not the hottest group of rockers out of the UK, introducing their latest video on MTV and appearing soon with Lady Gaga.  The IT Band is a large, fibrous sheath of connective tissue which attaches at the hip and runs the length of the femur to attach at the knee.  That’s great, you may say.  Why should I care?  Ah, that is a great question….because when all is well, you probably will never even notice this important piece of human real estate, sitting quietly on the side of your upper leg, allowing you to perform complex leg movements without batting an eye.  However, if you begin to experience problems with your IT Band, you will quickly learn of its importance to your body and you will begin to wonder how you ever lived without knowing about it and its function. 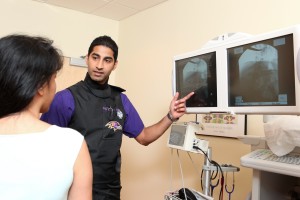 When the IT band becomes inflamed, the pain can be excruciating.  Because the IT Band runs from the hip to the knee, there are many areas that can cause trouble.  Most commonly, pain is felt either in the hip or the knee, or both, at the areas of attachment to the bone.  The pain can feel like a burning or like a bad ache and it tends to get worse at night, when you lie down to sleep.

Why does the IT Band become inflamed in the first place?  Most medical and sports professionals believe that this is due to inadequate stretching of the leg and the IT Band, at regular intervals, over time.  This lack of stretching can lead to a shortening of the IT Band.  When a person then calls upon this neglected, un-stretched sheath to perform a strenuous activity, the IT Band can react with fury over being asked to get off the sofa, turn off The Oprah, and to actually DO something.   Some believe that women are more at risk for IT Band inflammation due to the width of their hips applying torque to this tissue a bit on its way to the knee.  Darn child-bearing hips cause lots of problems, don’t they?   Guess what, even professional athletes who profess to stretch regularly (yeah, sure they do) can come down with this affliction and need treatment and sometimes modification of their workout routines or even their approach to exercise in general. 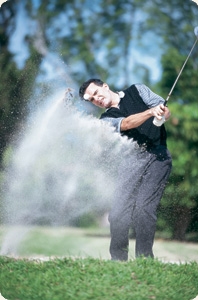 So, let’s say your spoiled IT Band has decided to act like a Royal Brat and just show you, by getting inflamed and causing you pain.  How do you punish that rotten little kid and get it to behave again?  Obviously, if you are in a lot of pain, your Orthopaedic Specialist may prescribe activity modification, anti-inflammatory medication (either orally, in a gel or cream to be rubbed on or in a patch) or by giving you a delicious shot of cortisone in the inflamed area.  But surprisingly the best remedy for this problem is giving that old IT Band the hair of the dog that bit it…you guessed it, more stretching and gentle exercise.  Now, admittedly, I am trying to make this mundane topic a bit more exciting than watching corn grow, but I do have a point.  By starting a gentle stretching program and continuing it, this problem usually will resolve.  The larger point is that the body needs to move and stretch and be ACTIVE.  Becoming a couch potato may sound  just like your cup of tea, but the long-term effects from living the sedentary life of a 20 year-old Chihuahua are not pretty.  Your stretching and exercise plan don’t have to include Iron-Man Triathlons and sweat lodge rituals at some remote Montana resort.  How about some yoga, walking, stretching or swimming?  Just do something and you’ll be amazed at the results!