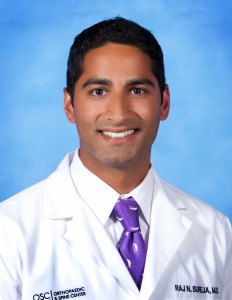 My name is Gene Mason and I am 89 years old. I had three back surgeries 50 years ago and have been plagued with back problems ever since.

Two years ago, back pains had reached the point where I felt the need for some sort of corrective action. I had about a year of epidurals and physical exercises. They were effective at first, but only for a short period of time. The neurosurgeon in Williamsburg referred me to the University of Virginia for treatment. The surgeon there told me that, though I needed surgery, my age made the risks too high to perform. I was referred to a pain clinic in Charlottesville and after 6 months of treatment, I was still taking 2 tablets of oxycodone daily, when the doctor told me that he had done all he could for me and suggested that I look into treatment by Spinal Cord Stimulation. He said that a one week trial period would be required to determine if I would be a good candidate for permanent Stimulator implantation. I was told by the doctor who does trials here in Williamsburg, that he had reviewed my MRIs and had determined that I would not be a candidate for final surgery.

My family doctor knew of the work done by Dr. Raj Sureja of the Orthopaedic and Spine Center and referred me to his office. What a blessing! Dr. Sureja ordered new MRIs and determined that I could be a candidate for final surgery and proceeded to perform the trial period surgery. After one week, the results indicated that I would benefit from permanent implant of the Stimulator. Final Spinal Cord Stimulator surgery was performed by Dr. Sureja’s associate, Dr. Mark McFarland. That was 5 months ago. I wish I could say that I no longer have any pain whatsoever, however, I have some good days and some bad days, but the best thing is that I seldom take any medication for the pain I experience. I have read that a 50% reduction in pain is considered successful treatment. By that standard, my surgery has been very successful.

Dr. Sureja, his associates and his staff have shown themselves to be a very caring team, whose sole purpose is to make the patient as pain-free as possible. They have all been very professional, yet very friendly in interfacing with me, the patient. The same can be said of the technical representatives of Boston Scientific who do the programming of the Stimulator.

For others, who have been in a situation similar to mine, I heartily recommend consulting with Dr. Sureja and the Orthopaedic and Spine Center.