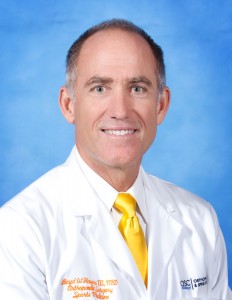 As a Sports Medicine Physician, I am often asked by my patients to comment on the latest innovations in sports gear and apparel and whether I feel these are helpful or just a passing fad.  In this article, I would like to address Motion-Control Running shoes, the reasoning for their development and if they can provide more foot stability to runners.

Although the foot is meant to provide a mostly level surface for walking and running, there is a natural roll that occurs when walking or running, which is called pronation.  For some people, this pronation is much more pronounced, especially if they have low or fallen arches or flat feet.  For those who over-pronate, a foot roll to the inside is much more common than a foot roll to the outside.  An overly pronating foot is not conducive to healthy running and can set the stage for injury to the foot or ankle.  Thus, the development of running shoes that claim to alleviate the problem of inward pronation while running.  But do they work?  Are they worth the money?

A recent study by researchers at the Luxembourg Institute of Health says that motion control running shoes do help prevent injury for those runners who overly pronate.  They tested runners with flat feet and/or low arches in both regular running shoes and motion-control shoes during runs over a six month period.  Of the runners sampled during that time, ¼ sustained an injury.  32% of those injured were wearing regular running shoes while only 18% of those wearing motion-control shoes had an injury.  The researchers concluded that these shoes were of benefit to those who had a pronation issue, in that they controlled inward roll and prevented some injuries.

So, should you invest in a pair of motion-control running shoes?  If you have flat feet or low arches, it certainly is worth trying.  It is important to remember that wearing these shoes does not replace proper warm-up practices or foot muscle strengthening, but should be an addition to your running regimen. Preventing injury is the main goal of most runners and if this can help keep you running healthfully, I would say it is a good investment.