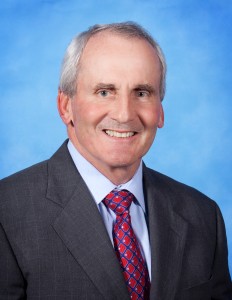 A marvel of engineering, our wrists are true workhorses, performing thousands of movements for us and bearing weight for us daily, without complaint. We use our wrists for so many activities. Think of all of the movements that require your wrists, like opening a door, brushing your hair, doing a push-up, signing a check or typing on a keyboard. Imagine how difficult it would be to get through your average day without being able to use your wrists.

One of the most commonly seen Orthopaedic injuries are wrist sprains. Why? Because we human beings fall down a lot. And when we fall, we usually stick out a hand to break our fall. In doing so, our wrists take a lot of punishment and often can break or sprain. Sprains are caused by injury to a ligament and the wrist has a lot of ligaments. Ligaments connect bones together and the wrist also has a lot of bones, eight to be specific. Because there are so many moving parts in the wrist, it can easily be injured during a fall.

Wrists sprains can range in severity from mild to severe, from a mild stretching of ligaments, to a partial or severe tearing of the ligaments, to tears which even pull away a chip of bone, called an avulsion fracture. The severity of the sprain predicates the treatment.

Symptoms of a Wrist Sprain

Because it is easy for the wrist bones to fracture, most injuries to the wrist should be evaluated by a physician. If there is a fracture and it is left untreated, it could heal improperly and require surgery at a later date to repair. If you are in doubt, get it checked out!

Treatment is based on severity:

Stage 1 sprains involve stretching of the ligaments and can be treated with the PRICE protocol – Protection, Rest, Ice, Compression and Elevation. I may recommend Aleve for pain and suggest that if the sprain is not significantly improved within a few days that the patient return for further evaluation.

Stage 2 sprains involve moderate or partial tearing of the ligaments. The PRICE protocol applies, as well as the application of a splint to be worn for 1-3 weeks to allow for immobilization of the affected ligaments.

Stage 3 sprains are quite severe because the ligament is fully torn, either in half or away from the bone. These sprains may require specialized surgery, performed arthroscopically (with small incisions and the use of a camera) or with a larger, open incision to repair the torn ligaments. The patient will require Physical Therapy to fully recover their range of motion after surgery.

Most wrist surgery would be scheduled as an outpatient procedure and would require some down time for the patient to allow the wrist to heal. A cast or splint may be required. Depending on a patient’s occupation, returning to full work or sports could take up to 6 months.

Robert J. Snyder, MD is an Orthopaedic Surgeon who practices at Orthopaedic & Spine Center in Newport News, VA. Voted a “Hampton Roads Top Doc” for 2012 and 2013 by his peers, Dr. Snyder specializes in Joint Replacement of the Knee and Hip, Sports Medicine and General Orthopaedics. For more information on Dr. Snyder or OSC, call 757-596-1900.