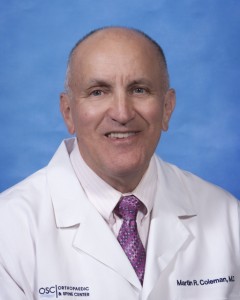 OSC has several outstanding shoulder specialists, including Dr. Marty Coleman. If your young athlete needs help with shoulder problems, make an appointment for an evaluation and get them back in the game!

Baseball, which once featured the boys of summer, has now become a year round sport. It is not just Little League any more. Now it is travel teams and indoor sports facilities that allow for constant practice. This lengthy season of baseball may be fine for most of the players but it is not good for the pitchers. Former pitcher and writer Gary Phillips wrote, “The human arm, especially an undeveloped youthful one, is not meant to withstand the stress that comes with constant pitching.”

Phillips reports that UCL tears have become an epidemic in Major League Baseball. He writes that 15 to 20 big league pitchers of the past might have needed that specialized surgery each year. That number has risen to 30 in each of the last three years.