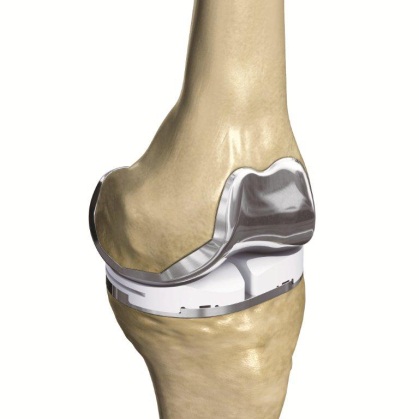 The ConforMIS knee resurfacing system was introduced in approximately 2008. Up until this point, knee replacements including partial knee replacements or total knee replacements relied on pre-made implants that were implanted at the time of surgery. A surgeon often had to make a decision whether to place a component that was either a bit too large or a bit too small in a patient’s knee because a proper size was not available.

The ConforMIS system utilizes a preoperative CT scan to make an image of the knee off of which the actual knee replacement components are individually manufactured. Thus no two patient’s knee replacement components are exactly alike. As you can tell from feeling your own knee, there is a lot of variability among anatomic shapes and sizes of the knee.

The ConforMIS system offers major advantages over traditional knee replacement systems in that primarily only the affected area of the knee that is involved with arthritis needs to be replaced. This results in smaller bone cuts, less pain and a faster recovery.

Call (757) 596-1900 to schedule an appointment with Dr. Robert Snyder. Visit our Contact Us page for information on office hours. Our office is located in Newport News, VA. We are 40 minutes from Virginia Beach and an hour from Richmond, VA.

Greetings, My recent follow-up visit with Dr. Haynes was full of good news and thankfulness – first to GOD and then to Dr. Haynes and his team! Approximately, six months prior to my surgery on 3/18/15, I began experiencing severe pain in my left hip, thigh and leg so I decided to make an appointment… Read more »