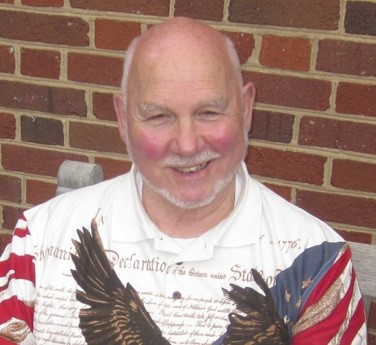 Alaska was the Motivation!

On our 40th anniversary in 2001, we took out entire family, including grandchildren, on a two-week cruise to Alaska, a lifetime dream. During the trip, our adult children said “ Dad, you’re limping” and my usual reply was “yeah, but it doesn’t hurt very much”. Clearly, I walked less and enjoyed it less.

After returning home, I made an appointment to see Dr. Boyd Haynes, who I had met socially a few years earlier, to discuss my limp. He explained that it was caused by arthritis in my right hip and that I would eventually be a candidate for a new hip. He asked if it affected my lifestyle and I replied honestly that it really didn’t. He suggested over-the- counter pain medications would relieve most of the symptoms and until it affected my lifestyle, no further action was necessary. He was right.

Several years later, in 2006, we began planning a two-month trip to Alaska in our motorhome, along with a group of retired military families. Thinking ahead, I did not want to miss out on any side trips or hikes during this adventure. Returning to Dr. Boyd Haynes, we scheduled a hip replacement in January 2007 as it was now “affecting my lifestyle”.

I left my hip pain in the operating room. My recovery was fast and even enjoyable. What a pleasure to walk without pain. Used a cane for less than a week and was driving a month later. By March, we were traveling again and in June, we made the most enjoyable trip to Alaska.

In the seven years since, we have visited every state (except Hawaii) and every Canadian Province in our RV. I’ve hiked the canyons and arches in Utah and walked on the seafloor of the Bay of Fundy and I have not taken any pain medicine for my hip in years. The only time I am reminded of my new hip is when I put my socks on in the morning. I can’t put my right ankle on my left knee to put my socks on.

Now 75 years old, my wife of 52 years and I are very grateful for Dr. Boyd Haynes and the wonderful folks at Orthopaedic & Spine Center that allow us to continue enjoying life and the lifestyle we enjoy.

I have had problems with my hip since 2007. The main problem was when I would sit down for a while and go to get up, my hip felt like it was stuck. It would be so painful until I worked out the kink. After about a year and a half of pain, I finally broke down and went to go see my primary care physician. After explaining to her what had been going on, she decided to order x-rays and refer me to an orthopedic surgeon. I was originally referred to a different orthopedic surgeon. My experience was not good. With this particular surgeon, I waited for almost 2 hours to get called back into a room and the doctor spent about 5 minutes with me. When I asked him how we could fix my problem, the first thing he said was a total hip replacement. Well, that was not an option for me at that time. The doctor didn’t explain anything to me. I left the office almost in tears. As soon as I left, I called a friend of mine and told her what had just happened. She suggested that I call my primary care physician and get another referral for a different orthopedic surgeon, and she suggested that I go and see someone at Orthopaedic & Spine Center.

I made an appointment with Dr. Petrow. I was very nervous when I arrived at my appointment. I was praying this office visit would be a better experience, since I didn’t have a good experience at the last orthopedic surgeon. It could not have been any better. Dr. Petrow sat down and showed me the x-rays, explained to me what osteoarthritis was. He told me I was too young for a hip replacement, and that there were other options to try before a total hip replacement would even be considered. He wanted to prolong it as long as possible.

We decided that it would be a good idea to try a joint injection in my hip to see how that would work. I saw Dr. Sureja for that procedure. The first injection I received lasted about 2 years. I waited another year before I went back and had another injection. That one lasted about a year. I received my 3rd joint injection in October 2012. Unfortunately for me, it did not relieve the pain. I was told I could receive another injection in 3 months. In December, I started to have a hard time sleeping. I would wake up 5-6 times a night in pain. I decided to go see a doctor about trying to get a prescription to take at night until I was able to see Dr. Sureja for another joint injection. I explained my story to him and he decided to get some x-rays of my hip. He looked at the x-rays and told me what he saw in the x-ray, that he didn’t think the injections would be beneficial to me anymore, and needed to go see my orthopedic surgeon.

I chose to see Dr. Boyd Haynes, since Dr. Petrow was no longer practicing with OSC. Dr. Haynes sat down and talked to me and we decided that it was time to get my hip replaced. Dr. Haynes performed the Anterior Hip Replacement. The surgery went really well. I was in the hospital for 24 hours and up walking the same day of the surgery. Everything was set up with the home health nurse, occupational therapist and physical therapist coming to my home before I even left the hospital. I didn’t have to worry about making any phone calls to set anything up.

I was given exercises to do at home by the physical therapist before I left the hospital. I was told to do them several times a day, which I did. I went off the pain medicine after 10 days. I used a walker for 9 days, and then went to a cane. I used a cane for about a week and a half. After my 2 week follow-up visit with Dr. Haynes, I returned to work. I started outpatient physical therapy, and continued that for 3 weeks and then I was discharged. I still did the exercises at home since I was no longer going to outpatient physical therapy.

One thing everyone needs to keep in mind is that everyone handles pain differently and everyone’s body heals at different rates. Don’t think that right after surgery everything will be 100%. We all have to work at getting our muscles back to normal. I was blessed, as I did not have any complications. I couldn’t have done it without Dr. Haynes doing such a great job. Eight weeks after surgery, I noticed more and more improvements. I could sit down and not have to worry about my hip getting stuck and sleep through the night without waking up 5-6 times in pain. At my 10 week visit, I was told I didn’t have to come back for one year. All is have to say is great things about this practice. One thing that I really appreciate is that the doctors were willing to try other options instead of rushing into surgery. I never waited longer than 20 minutes to get called back to see the doctor. From the bottom of my heart, I cannot thank Dr. Haynes enough for doing such a great job. You are amazing.

My name is Allan Cohen. I am semi-retired and live in South Florida. My right hip had extensive arthritis, making it difficult and painful to walk. X-rays showed I needed a hip replacement. Living in South Florida, there is no shortage of good surgeons to perform such an operation. But, I knew the only place to go was Orthopaedic and Spine Center and see Dr. Boyd Haynes.

Dr. Haynes performs hip replacement from the front/side rather than the old, more common rear approach procedure. The results are radical. The pain is greatly reduced and recovery goes from 3-4 months to 6 weeks. After 1 week, I was able to walk without the use of a walker. After 2 weeks, I was able to walk without a cane. It is now 3 weeks and I am taking 20 minute daily walks without pain. I feel 90-95% recovered. It is truly amazing how quickly the recovery took place.

Besides being an excellent surgeon, Dr. Haynes truly cares about his patients and will take as much time as necessary to answer your questions. I feel grateful that this doctor was the one that operated on me.