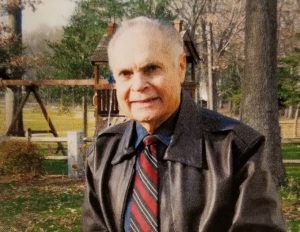 I was sent to the OSC Physical Therapy Department after seeing Dr. Carlson for my back issues.  The PT Program would consist of one-hour session twice a week for six weeks, under the supervision and care of Dr. Jamie Swale.  However, after a few sessions, the PT was interrupted, after an evaluation by Dr. Carlson of my MRI showed the severity of my condition.  Dr. Carlson decided that surgery would be necessary to correct my issues and I consented to have surgery.

Shortly after undergoing spine surgery for Lumbar Spinal Stenosis, I resumed Physical Therapy with Dr. Swale and her assistant.  I must admit that having significant exposure to physical training programs while being a member of the USAF for many years, I thought the PT program would be a piece of cake.  But, I was mistaken.  Dr. Swale made me work harder than I had worked in years.  But the effort paid off and was attested to by the results.

Because of my being at ease with the exercises and lack of pain in the last few PT sessions, the program was concluded three sessions before its scheduled end.  I believe that the swift way in which my PT program was completed is mostly the result of Dr. Carlson’s skill at surgery, my desire and efforts to get well quickly and Dr. Swale’s competence at physical therapy.  She made me work harder and asked me to render my best effort.  My thanks to everyone involved in addressing my condition!