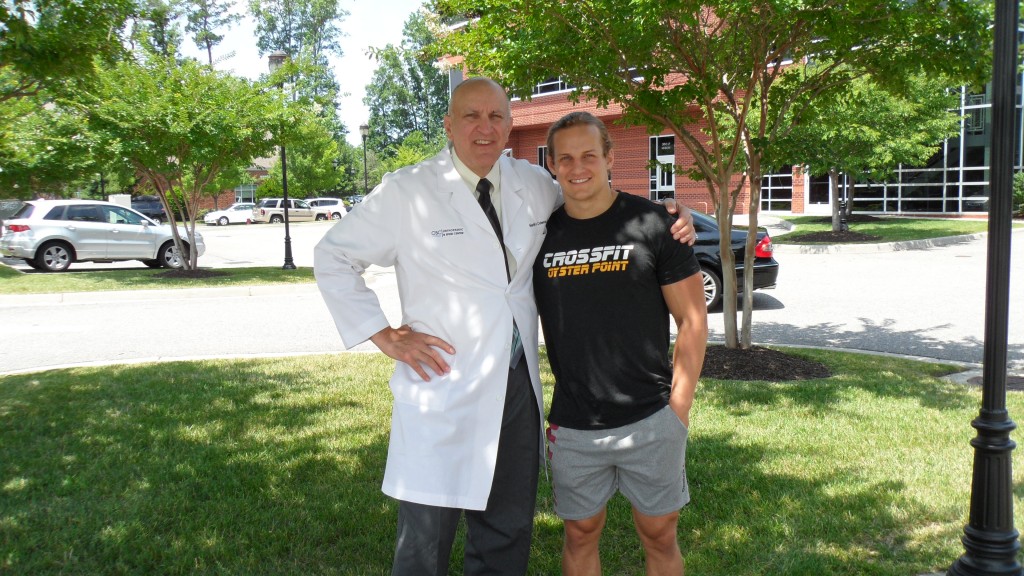 Nate Bramblett has been involved with CrossFit since 2012, when he and his friends decided they were tired of doing the same fitness routine and wanted to try something different. Since then, he now trains and coaches at CrossFit Oyster Point in Newport News, Virginia and is a contender in the national 2015 CrossFit Games.

CrossFit is defined as “constantly varied functional movements performed at relatively high intensity” and the games are the ultimate test of an individual’s physical abilities. Nate has made it through the CrossFit Open and Regionals, and qualified as one of the forty men that will compete at the games. As of now, Nate does not know what events he will be participating in at the games and has been training to handle whatever may be thrown his way.

OSC’s Dr. Martin Coleman and Mrs. Vicki Coleman, his wife and surgical nurse, are delighted to sponsor Nate for the games that will take place July 21st-26th in Carson, California. OSC wishes Nate the best of luck at the CrossFit Games!