Home » Blog » News and Events » Saving Lives, One hour at a Time – The 2015 OSC Leukemia & Lymphoma Treadmill Run and Walkathon

The second annual 24-Hour Treadmill Run and Walkathon to support the Leukemia and Lymphoma Society was held in OSC’s Physical Therapy Center at the end of May. The fundraiser started at 5 p.m. on Friday, May 29th, and teams rotated through every hour on treadmills until 5 p.m. the following day. Teams were able to select which hours they wanted to run or walk, and then were responsible for raising $100 collectively per hour they participated. Dr. Mark McFarland and his Physician Assistant, Erin Lee, fundraised for Team in Training and organized all that went into this successful event. 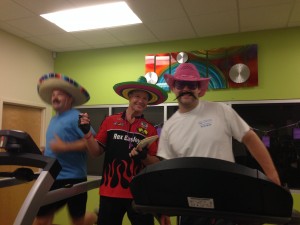 Erin first got involved with Team in Training while looking for a group of people to train with for a marathon. Team in Training coaches will train with individuals for half-marathons, marathons, biking events, and triathlons, while the entire team also fundraises for the Leukemia and Lymphoma Society together. The cause really hit home for Erin as she had lost one of her best friends to a thymoma, a rare type of tumor, when they were both nineteen years old. Over the past three years, Erin has raised over $20,000 for the Leukemia and Lymphoma Society.

A lot of time and effort by Dr. McFarland and Erin went into making this event so successful. Getting participants to sign up and asking companies to be sponsors or donate for a raffle giveaway were some of the main preparations. This year’s event raised over $14,000, which is almost double the amount raised at last year’s run! 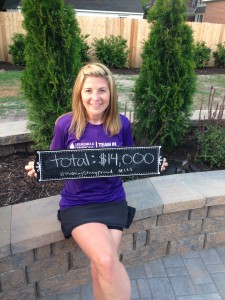 Team in Training hosted a rummage sale at OSC, a paint and bingo night, and volunteered at sporting events and concerts to raise money this year. Twenty-seven teams signed up to run or walk, which not only filled every time slot during the 24 hours, but some hours had two teams participating at once. One of the new additions to the fundraiser was a photo booth where teams could take pictures with a selfie stick and props to capture a moment during the event. 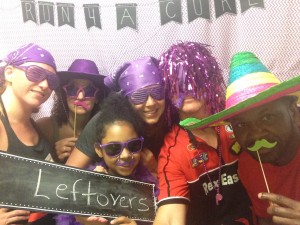 Orthopaedic and Spine Center would like to thank all those who sponsored the event and everyone who participated! 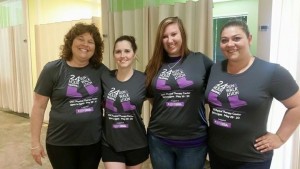 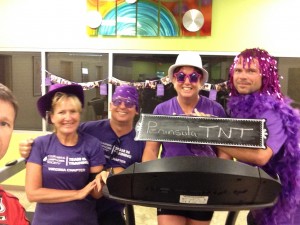