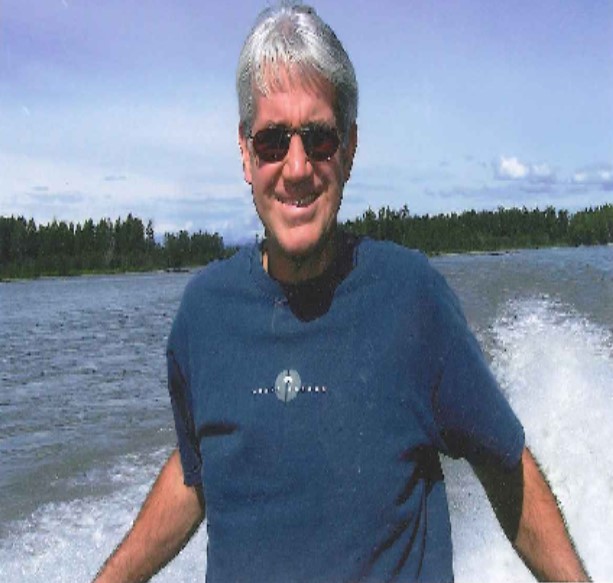 My name is Bruce Liles and I am 59 years old. I have lived and worked in Newport News, VA since the early 70’s. I have always been very active. I work out at the gym several times a week and our family goes on active vacations, including snow skiing, camping, hiking and white-water rafting. I played sports in High School and I am a former casual runner and enjoy an occasional round of golf. My wife and I also enjoy working in the yard and flower beds.

A few years ago, I began to experience low back and right leg pain. I began to moderate some of my activity to try and reduce the frequency and duration of the flare-ups and began a more rigorous stretching routine. This helped for a while, but then the pain began to get worse and more frequent. I was referred to a local neurosurgeon and after reviewing an MRI of my spine, he told me nothing could be done surgically, given the severity of the degenerative disc disease at the L5-S1 level of my lower spine. According to what he found on the MRI, a nerve that was being compressed was causing the pain. He referred me to a Pain Management Doctors for the Lumbar Spine Epidural Injections, in an effort to reduce the inflammation causing the nerve compression.

After conducting some research about local surgeons who might be able to help, I made an appointment with Dr. Jeffrey Carlson, an Orthopaedic surgeon with Orthopaedic and Spine Center in Newport News. Dr. Carlson specializes in disorders of the spine. I met with Dr. Carlson and after reviewing a recent MRI and taking a history and physical, he sat me down, smiled and said very calmly, “I can fix this”. As you can imagine, I was a bit skeptical, but at the same time, Dr. Carlson’s sense of confidence in his abilities to help me and his “no-nonsense” demeanor intrigued me. After contemplating the procedure Dr. Carlson recommended and conducting some additional research, and enduring a couple more weeks of pain, I decided to move forward with the surgery.

A few days later, I met with Dr. Carlson’s surgical scheduler, Kaye Dame. Kaye took care of all of the details, including coordinating the details with my insurance company and scheduling all of the post-surgical activity, including Physical Therapy and follow-up appointments. Kaye was very efficient, informative and helpful. She was super-friendly and concerned that things were taken care of every step of the way.

Dr. Carlson met with me the morning of my surgery and explained in detail what was going to happen and answered all of my questions. Once again, his calm and confident demeanor put me at ease. Dr. Carlson performed a laminectomy, decompression and fusion at the L4-5 level and L5-S1 level of my lower spine. In layman’s terms, he removed the part of my spine that was compressing the nerve and used two titanium rods and screws to stabilize the spine in an attempt to eliminate any further trouble in this area. The surgery took about an hour and a half.

After being moved to my room and coming to, the first thing I noticed after coming to my senses that I was flat on my back and I felt no pain! Later, I decided to take a short walk down the hallway and after a few steps, again no pain! I spend that night in the hospital and Dr. Carlson came to check on me several times that day, as well as right before I was discharged the next afternoon.

I had several follow-up appointments with Dr. Carlson to have the area x-rayed to make certain everything was as it should be. It should be noted that every time I have scheduled an appointment with the office, I have never had to wait more than 5 minutes beyond the appointment time. All of the staff, including the receptionists, Physician’s Assistants, Nurses and radiology staff were very friendly, efficient , caring and professional. I was always treated with respect and the staff have shown incredible empathy toward me during my interactions with them.

Today, I am doing extremely well. I am pain free! I have had no lingering side-effects whatsoever and it is as though I never had a problem. I am back to my old self and prior activity level. My association with OSC has been a life-changer for me. A heartfelt thank you goes out to Dr. Carlson (my hero and a great surgeon!), Kaye Dame and the rest of the staff at OSC.