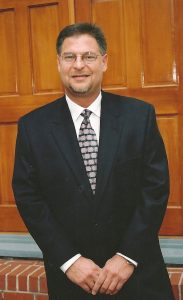 My story started over 5 years ago, when I fell on ice and injured my lower back. I went to my PCP, who referred me to many different specialists. After X -Rays, MRIs and many other tests, I was offered no pain management. During this time my left leg was in severe pain and eventually went numb resulting in atrophy. As time, passed I felt hopeless and believed that was how the rest of my life was going to be.

One day a customer told me about OSC and Dr. Jeffrey Carlson. It ended up being the best referral ever! During my first visit, after reviewing my X Rays and MRI, Dr. Carlson let me know surgery was an option, but that it could be done on my time. He then suggested a cortisone shot. That provided temporary relief and I was then referred to Dr. Jenny Andrus for an epidural. I had a trip to LA planned and that provided me relief so that I could enjoy my vacation.

I later received another epidural and then talked to Dr. Carlson about surgery. He answered all my questions and never tried to push me into making a decision. I decided that having the microdisectomy surgery was my best option and that ended up being the best decision I ever made. Dr. Carlson and his team followed up with me and I have had no problems and my quality of life has been outstanding!!

Thanks again Dr. Carlson, and to your entire team.