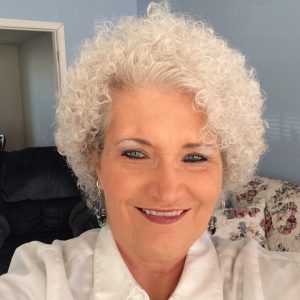 After years of dealing with chronic back and hip pain, I decided to see an orthopedic doctor. I chose OSC because they were highly recommended by doctors and friends. Dr. Jeffrey Carlson referred me to the OSC Pain Center when he saw that it would take continued pain management to deal with my spine and hip issues.

I saw Dr. Raj Sureja and he explained that with vertebra problems, degenerative disc disease, osteoarthritis and osteoporosis, epidural injections may benefit me greatly. At that point I would’ve tried almost anything. Even breathing was difficult because of the pain. I was unable to work; walking upstairs, vacuuming and carrying much weight at all had become very difficult. I had not been able to exercise for some time and had been on prescription pain medicine for at least 15 years and I was taking narcotics daily just to function.

Dr. Sureja decided epidurals in all 3 regions of my spine would be most effective. I went to the appointments and within a couple days, the pain lessened. Within a couple weeks, I was beginning to do the things I had been doing. When returned for the first follow-up, I still had pain in my neck and was given a second epidural in between my cervical and thoracic regions. After that, I was off and running, I went back to the gym and was shooting hoops (my favorite activity of all). It was an amazing transformation, I felt 20 years younger.

Dr Sureja also referred me to a rheumatologist that examined me and performed numerous tests and was totally amazed at the level of osteoporosis and all that I was able to do (after the epidurals).

I think the most amazing part of this has been the ease at which I could move without pain. Hopping up on chairs to put things in the cabinet (but don’t tell Dr Sureja), cleaning multiple rooms before sitting, going about my day doing errands, working or anything I needed to do, I could do with more comfort. The contrast was amazing. With the pain medication, I could move but it was still stiff and somewhat rigid movements. And I had that groggy feeling all the time or was in pain and sometimes both. It was so much better after the epidurals. The pain relief for me lasted 9 months before it even began to return, which is great news medically and financially. I have spent the last year much happier, with far, far, far less pain and discomfort. My quality of life has increased hugely in my estimation.

Dr. Sureja is one the most professional, caring and expert listener and diagnostician I’ve ever met. His staff is wonderful; always friendly and willing to answer multiple questions multiple times if I forget.

My name is Ruth Hawkins, I am 60 years old and I highly recommend OSC; particularly Dr. Sureja to anyone dealing with pain.